Skip to content
Why Startups Should Cash In on Blockchain

Why Startups Should Cash In on Blockchain

Blockchain and Cryptocurrencies present a valuable opportunity for entrepreneurs and startups

If you scrolled through any of your social media feeds recently you are sure to see something about Bitcoin. After all, Bitcoin is showing signs of stabilizing following its massive surge in the winter of 2017 and following fall throughout 2018. Whether you believe in the hype or not, the rise in popularity of securing bitcoin and other cryptocurrencies has issued a new era in financial decision-making. Cryptocurrency values have been in flux over the last few years, leaving investors concerned about its ability to be used in secure transactions, yet its showing signs of maturing. This issue presents a unique opportunity for fin-tech enterprise entrepreneurs all over the world. How do investors, organizations, and everyday people start to feel “financially safe” in the decentralized economy that cryptocurrencies create? The answer can be found in blockchain technologies. 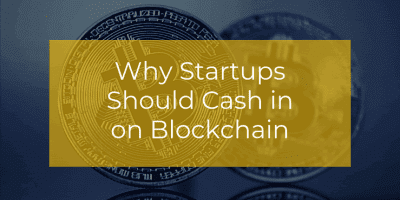 Blockchain is known as a type Distributed Ledger Technology (DLT). A DLT is based on peer-to-peer networks with consensus algorithms, and they do not have a central administrator. This ledger is replicated, shared, and synchronized as digital data that is geographically spread across multiple levels of economic platforms.

Blockchain is one of these decentralized ledgers that allows the creation, validation, and encrypted transaction of digital assets. These assets are then recorded in an incorruptible way. This is done by maintaining a list of transactional records known as “blocks.” These blocks form an unmodifiable chain of timestamped transactions that ensure a secure transaction of cryptocurrencies.

What happens when transactions on blockchain fail? Well, nothing happens. Financial transactions that fail aren’t attached in the blockchain. They just simply disappear. Companies are now figuring out ways to capture and analyze these failed transactions for security and fraud detection purposes.

How Can Blockchain Technology Be Valuable for Enterprise Companies?

Enterprise entrepreneurs or fin-tech startups should pay attention to the growing trend and potential value of adopting blockchain technologies. Though it may seem like a volatile investment, blockchain and cryptocurrencies represent a revolution in our financial environment. Here are some of the opportunities in blockchain that startups can take advantage of.

Increasing Visibility of Operations: Because Blockchain is a DLT, it has the ability to create and maintain a visible record of asset transactions. These asset transactions can be tracked throughout its entire lifecycle. This presents an opportunity for there to be clear and visible processes that track the transactions across multiple involved parties. Examples of these ventures include auditing and compliance, digital identity, supply chain tracking, and anti-counterfeiting.

Replace Old Processes with Digital Systems: Startups can replace outdated human processes by implemented automated blockchain networks. Blockchain users can use “smart contracts” which are programmable code that executes transactions when certain criteria have been met. This eliminates the need for intermediaries, like traditional banks, to verify transactions.  These third-party brokerage services can have a significant impact on the ROI of important industries like healthcare, finance, and freight. Startups embracing the automation of transactions can save money and speed up their supply chains.

Increase Trust Among Trading Partners: Blockchain can be used as a vehicle for trust among parties where little trust exists. Since blockchain operates on a decentralized peer-to-peer consensus mechanism, there is increased visibility of transactions. Companies that wouldn’t usually trust each other when making transactions can rely on the entire blockchain network to ensure the correct transactions are being made. This is especially valuable when it comes to product delivery, invoice billing, and payment.

Securing Valuable Data: Global spending on cybersecurity products is predicted to exceed $1 trillion over the next five years. This ever-growing need for companies to secure their data presents a huge opportunity for enterprise companies. Because blockchain systems are incredibly secure, they will soon become a great spot for companies to store and organize enterprise data. Blockchain is usually used as an incorruptible digital ledger, but it can record and store information on virtually anything of value.

High Volume Use: A company may use blockchain internally to validate transactions between branches. Its consensus mechanism and its vast number of nodes would make the validation of these types of transactions fairly fast. Because blockchain technology is still in its infant stages, it doesn’t have efficient computing capabilities in high-volume environments. Startup software companies have an opportunity to solve this problem.

It’s understandable that many enterprise companies are weary of the volatility of blockchain and cryptocurrency technologies. These technologies are in their infant stages, and jumping ship without giving them a chance for growth may be a costly missed opportunity. Enterprise-ready software platforms are being assembled, and countries around the world are developing industry standards for the new technology.

Blockchain and cryptocurrency technology is poised to be truly disruptive in the next several years. Its applications have the potential to make a significant impact on multiple levels of business, and entrepreneurs have a huge opportunity to cash in on the potential of this enterprise sphere.

Thank you for reading, feel free to share this article with your network, colleagues, and friends!