FROM LOCAL TO GLOBAL

It’s where our business got its start and it’s the home base that provides us with the ability to grow and deliver exceptional results for our clients year after year. We are Omaha Strong!

What Does it Mean to be Omaha Strong?

Omaha provides all of the elements a company needs to be successful.

Plus, our team thinks it’s a great place to live, eat, and play!

Omaha is the largest city in the state of Nebraska and is also the anchor of the eight-county bi-state Omaha-Council Bluffs metropolitan area. Today, approximately 1.3 million people reside in the Greater Omaha area within a 50 mile radius of Downtown Omaha.

Brief Origin & History
Omaha was a stop on the Lewis and Clark National Historic Trail in 1804. The Omaha, Ponca, and various other Native American Tribes lived on the land that became Omaha. Omaha’s name comes from the Indian word meaning “upstream people.” A treaty with the Omaha Tribe allowed for the creation of the Nebraska Territory and Omaha City. Omaha was then informally established on July 4th, 1854 on Capital Hill in Downtown Omaha, where  Omaha Central High School now sits. Omaha was declared Capital of Nebraska, until 1867 when the capital moved to Lincoln.

In the 19th century, Omaha’s central location in the U.S made the city an important national transportation hub. Omaha became known as the “gateway to the West” as the Platte and Missouri rivers were vital transportation arteries. From the 1890s to the mid 20th century, Omaha was one of the top livestock markets in the world. The Omaha Stockyards was once the world’s largest and the local meatpacking plants acquired international prominence.

Today, Omaha is home to the headquarters of Fortune 500 companies including Berkshire Hathaway, Kiewit Corporation, Mutual of Omaha, and Union Pacific Corporation.

In 2002, the First National Bank Tower was completed as Omaha’s largest skyscraper at 634 feet.

In 2011, TD Ameritrade Park was completed in the North Downtown area, becoming the new home of the College World Series.

In 2019, Omaha’s Henry Doorly Zoo and Aquarium again ranks #2 as the best zoo in the country. The zoo’s Lied Jungle is the largest indoor rainforest in America. 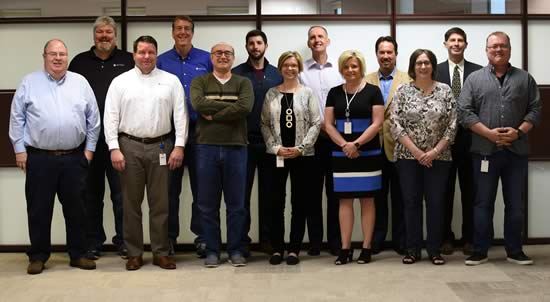 Incorporated in 1995 by Ken Bass and Rollie Stephens QAT Global is a recognized leader in custom software development, product engineering, rich internet applications, and strategic consulting with exceptional strength in the areas of agile distributed development, user experience, and innovation.

QAT Global got its start in developing enterprise-level solutions using model-based development tools that enabled our products and services to span multiple platforms and databases. Our early success with large enterprise customers across multiple platforms and databases instilled a development culture with a focus on tools, repeatable development processes, application scalability, and component reuse; a culture that is still very much part of this company.