Getting to Know Brent Hodgen 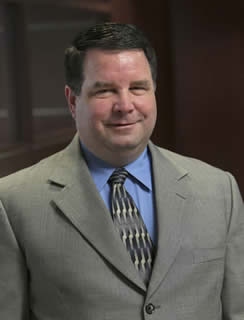 Getting to Know Brent Hodgen

With 20 years at QAT Global, Human Resource Manager, Brent Hodgen is a very active member of the Omaha Community. From donating gifts to children, to volunteering at schools, to donating blood in honor of his son, Brent is passionate about being involved in the Omaha community.

To start, every five months, Brent participates in a ‘Power Red’ Blood Donation. A Power Red Donation is a blood donation through a special machine that allows you to safely donate two units of red blood cells while returning your plasma and platelets to you. “I am like a recycling bag for an hour and a half,” Brent said. “My son was born premature, and he was in the NICU. He was the same blood type as me, so it was a pretty helpless feeling when your child is in the NICU, and I was able to give him my blood, but they had to send it to Rochester to get it processed before his transfusion. Because I was able to do that for my son, I wanted to continue to give blood to help others as well.”

Brent was also involved with the Madonna School for special needs students since his son was on the autistic spectrum. He was the Home and School President when his son first started school there for three years. In his role as the Home and School President (Parent-Teacher Association), he worked with the team to get the parents information on support groups or upcoming legislation that was something to advocate for the population that they were serving. “I started a chili feed that would raise over $1,200-$1,300 each year,” Brent said. “It’s kind of my ‘Claim to Fame’.” He also purchased a coffee grinder to support their job training program as well as two mowers so that the students could cut the grass and take care of their grounds. The students earned money for cutting the grass which gave them a sense of pride and helped them develop a strong work ethic.

“They wanted me to serve on the school board. I did that for about six years, starting in 2007.” Brent liked the mission of the school and the passion for it because of having a child on that autistic spectrum. “I gained that knowing the difference you are making actually is doing good in the community and the time that you spent doing it paid off,” he said. “You could see the reward.”

Brent was inspired to initiate the Adopt a Family Program through the Salvation Army at QAT Global due to his experience at an insurance company. They had an employee benefit where if you wanted some assistance with Christmas you could participate in the Angel Tree Project which helped those employees in need. “You would take an angel off of the tree which was a gift for a child, but it was actually going to one of your coworkers that you may not know was participating in the program,” Brent said. “So, it was all anonymous and being in Human Resources, I was asked to deliver these gifts. He and his fellow delivery helpers wore Santa suits and showed up in a van with gifts for the employee’s child. “We were truly Santa for that afternoon which was pretty cool,” Brent said. For 17+ years now, QAT Global has continued to partner with the Salvation Army.

As a Roncalli High School Alumni and now the parent of an alumna, Brent continues his involvement as the secretary of the Booster Club. “The club sponsors any NSAA sanction sport such as basketball or baseball,” Brent stated. “They support the athletic programs and other programs at the school. We raise money to buy uniforms and equipment for the student-athletes.” The Booster club would raise money for the teams through personal sponsorships or working at the concession stand.

Brent’s involvement with the Booster Club began by volunteering at the concession stands of events. “A classmate of mine brought me into the Concessions volunteering too, and it grew on me,” he stated. Brent jokes about how working the concessions was also his “way in” to the games, because his daughter was not so fond of him going to the games with her; but didn’t seem to mind if he was volunteering where the snacks were.  “Roncalli has the best concessions in Omaha,” he said. “There is food such as Gyros and hot beef sandwiches; much more than your $1 hot dog that is on a generic bun.”

Being such an avid community volunteer, Brent truly takes pride in the City he lives in. “I think Omaha is a very generous community,” he said. “I think people rally around causes; there is a fundraiser for everything, and it is a caring community that is not afraid to part with their dollars for good causes.”