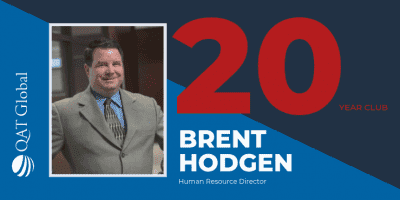 Brent is our Human Resource Manager here at QAT Global and has played a vital role in our growth throughout his years with us. He has lived in Omaha, Nebraska for his entire life and attended the University of Nebraska at Omaha. He felt fortunate to be one of the few people who had a job lined up right out of college. Before starting at QAT Global, Brent worked at Acceptance Insurance Company in the HR department with a focus on information technology. Brent did not expect to leave Acceptance, but like many others, found that the people you meet in college can open unexpected doors later on.

You see, Brent went to college with a former QAT Global employee Kevin. The two bonded over a horrible class they had to take with an even worse teacher. After passing the dreadful class and graduating they bumped into each other a few years later, and that began the process of recruiting Brent to join our team. There was an account manager position open that Kevin was determined for Brent to fill. Brent can’t help but smile when he talks about it because he said at the time it felt like he was in the Jerry Maguire movie being recruited by a sports agent. After a few polite declines, Kevin finally got Brent to come to the office and talk in person. He went in thinking he would decline for a final time and ended up walking out hours later after a great conversation with a new job. Brent laughed when telling the story and said Kevin ended the meeting showing him what office he would be in and said if he had started with that, they might not have been there so long.

Brent had experience in recruiting before he joined our team, but never imaged how much he would learn and progress in the HR field. Since he joined when QAT Global was still a new company, Brent started the whole HR department here. He wrote the handbook, put together benefits packages, and grew relationships with vendors he could rely on. Even though he had experience recruiting it was an entirely different job for him. Previously, he had recruited for a single company that he knew inside and out. At QAT Global, he recruits for both our internal staff and for all our various clients. It was an immense learning curve in the beginning, but Brent could not be more thankful for how much he has grown. “Over the years I have learned the IT language and how to communicate properly with people from any industry to find out what their real needs are.” Over the years, Brent has mastered being able to read people and knows how to fill in the pieces of the puzzle our clients are trying to solve. From companies that just have a general list of what they are looking for to government agencies who need every box checked off before they even consider that person, Brent knows how to find them.

There are many reasons why Brent has stuck around for so many years and does not plan on leaving. One thing he values about QAT Global is the level of trust and autonomy. “The people here know my job is very challenging at times; people aren’t always completely upfront with the middle man, who like to lie to the middle man, while I am just trying to make the best connections for our clients. QAT Global trusts the process and values that I know how to do my job and that I want to do it well for them.” He loves that he is not being watched over, but he is motivated to perform well, he truly wants to succeed and has never lost that feeling over 20 years.

When someone asks the HR manager what the company culture is like you expect to get a textbook answer that has been said 100x over. That is certainly not the case with Brent; even I was surprised by what he said. “We do not have any certain culture here. We do not go along with fads that try to get people to stay in the office longer. Everyone is working with different clients and projects, so no one culture is pushed onto people. No one here tries to be the same because we do not work on the same things.” Brent went on to say that everyone here has grown close from the gatherings we have and celebrating the small things like birthdays. It is truly an honest environment of adults who know each other for who they are, not based on company culture.

Another reason why Brent has never wanted to leave is due to the great flexibility and balance he gets here. Brent appreciates the fact that he can pick his son up from school every day, go to sporting events, and be active in his children’s lives. He can do those things because he has built trust and a routine that works for him. Even if it is not always in the office, Brent puts in a lot of work and that does not go unnoticed. The flexibility of being able to work from home lets him communicate better with our clients in different time zones as well. It is a give-and-take relationship that works in the best interest of everyone.

Working in HR has allowed Brent to build countless relationships and he has never wanted to move to any other department. One of Brent’s favorite things about his job is that he knows how everyone began their journey at QAT Global and has different memories with every person here. He takes great pride in the valuable employees he has helped to bring to the QAT Global team and loves the memories he has of working with such a variety of different people. To this day, the record for the longest time Brent has spent recruiting someone stands holds at 13 years, staying in touch definitely antly worked out in our favor. Whether he’s teaching someone he recruited how to drive, putting together office donations, or working with clients across the country, Brent has been an invaluable member of the QAT Global team for the last twenty years. We thank him for his twenty years of service and look forward to all the years to come. 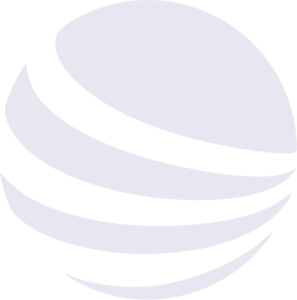